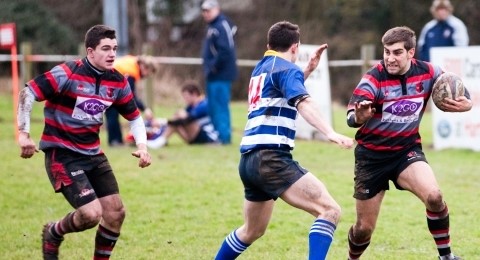 Dunstablians is a provident society and a rugby club, occupying a Clubhouse which is approximately 30 years old. It also hires out its facilities to sporting clubs, businesses, and members of the public.

The Club joined in the GBN and Resource Efficiency East Business Cluster project and received site visit to provide advice on monitoring and measuring energy, water and waste bills, and to identify areas where savings could potentially be made.

From looking at the bills, GBN quickly identified that it was paying way over the odds for energy, and that the number of waste collections didn’t add up in terms of the peak times for use of the Club. GBN pointed out that Dunstablians was paying 12 pence more per kilowatt hour for electricity during peak usage than the average rate.

Graham White, the Club’s Chairman, acted promptly, contacting the energy supplier and querying the rates the Club was paying. This yielded immediate results. The Club was put onto a different tariff, with the cost being reduced to less than the average rate per kilowatt hour, which resulted in a refund of £4,400. The total savings from 2009 to 2010 for electricity alone were £5,870 – almost halving the energy bill – and this was with an increase in actual usage.

Graham said, “As a result of our meeting and your comments, I have sorted out the immediate problem with the electricity supply. Thank you for the excellent advice.”

Tackling the waste issue was next on Graham’s list. GBN advised the Club that the number of collections being made seemed to be excessive, particularly out of season. (The same waste collections were taking place week in week out throughout the year.)

GBN also recommended that the Club look at the size of its skips and what was going into them and then look at having larger skips and fewer collections.

The Club found that skips were not full, cardboard was rarely broken down, bin bags were full of air, and they were paying for skips to be collected that weren’t full or were practically empty.

Following a consultation with the waste company, the Club was given a refund equivalent to two months’ bills. Dunstablians changed the size of the waste skips they were using, and became more conscious of what was going into them – all this significantly reduced the number of collections – in fact, it meant 157 fewer skips were collected during the year. This also led to cost savings of £1,860 – more than halving the Club’s outlay on waste.

And this is not the end of the story for the Club. Further changes are now being planned as Dunstablians looks at making changes to the way it conducts its day to day activities alongside potential investments in more energy efficient lighting, better heating options, and water saving measures.